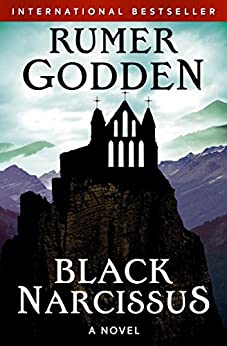 Without recommending one novel in particular, I highly recommend finding any book written by Rumer Godden (1907-1998) She was a prolific writer of fiction and non-fiction with some of her best known books made into equally good films such as Black Narcissus and The River. She won numerous awards including the prestigious Whitbread Award for Children’s Literature in 1972 for The Diddako and was made OBE in 1993. Her novels reflect where she lived throughout her life: India (Kingfishers Catch Fire, Dinner with the Nikolides) and an excellent autobiography that she wrote with her sister Jon called Two Under the Indian Sun; Europe (The Greengage Summer, The Battle of the Villa Fiorita): Britain (In this House of Brede) (She latterly lived in Dumriesshire) Those titles would do as a starter – she wrote over 60 titles! Her original and innovative style of writing is captivating and engrossing. Many of her books have a young woman or girl as the narrator, but these are far removed from any kind of romantic fiction. They show how innocence is often dangerously close to ignorance and happy endings are few and far between. Ignore the ghastly new covers that recent paperback editions sport – they give the wrong impression of what you’re about to read! I have found older editions in Booklore.