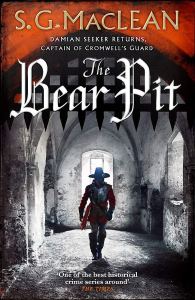 Historical fiction of the highest calibre from Shona Maclean, whose other novels include a series set in 17th century Scotland. This one, set in London in 1656, is the fourth in a series set in the years of Oliver Cromwell’s Protectorate and has as its main character Damian Seeker, who is on the trail of a would-be assassin of Cromwell. Superb evocation of time and place, blended with marvellous characters both fictional and historically true make this an unforgettable read. (on our shortlist for BOOKMARK Book of the Year 2020)