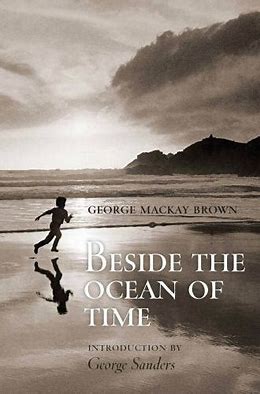 Beside the Ocean of Time by George Mackay Brown (HarperCollins, 1995)

Beside the Ocean of Time by George Mackay Brown. Set in on the remote, harsh and fictitious Orcadian island of Norday, it interweaves the comings and goings of the island characters in the run up to the Second World War, with the daydream adventures of Thorfinn Ragnerson. Thorfinn is wonderfully (hopelessly?) described in the first line of the book: “Of all the lazy useless boys who ever went to Norday school, the laziest and most useless was Thorfinn Ragnarson.” With that opening line, I had to read more. It didn’t disappoint.